I found this little gem going through some of my old vet school stuff. I wrote this for Vital Signs, our Onion-style vet school newspaper, back when Carson was a rowdy toddler. It’s bittersweet, knowing Cam missed this stage, but still pretty funny, if I do say so myself. Hope you like it! 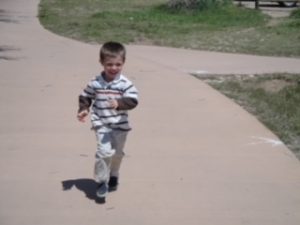 across the nation. In Northern Colorado alone, nearly 1.3 million three-year-old boys have been surrendered, after orphanages and other adoption avenues proved saturated with the unruly offspring.

“It’s because they scream and jump off things,” Anita Johnson, newly-appointed manager of the toddler boy division at Larimer Humane Society, explained. “Three-year-old boys are perhaps the most difficult creature to share your home with. It takes a special kind of person to put up with their unique species traits. We are very crowded with them right now. Most of them get a week before we have to euthanize. Of course, we try to keep them as long as we can, but the costs are just too high. Laundry alone is $1100 a month!”

In an attempt to staunch the flow of three-year-old boys coming into the shelters, Larimer Humane Society has recently started requiring a thorough survey of all kid-dumpers. The preliminary results, along with quotes from those actually surveyed, are as follows:

44% reported inappropriate elimination habits- “He refuses to wipe his own butt and he thinks it’s fun to pee on the back of the seat. Then, my wife always has to clean behind the toilet and our bathroom smells like a zoo.” 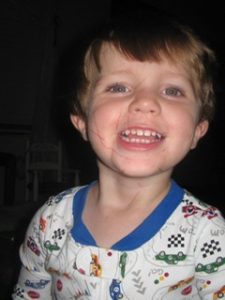 25% reported general undesirable traits of the three-year-old boy- “He’s always crying, picking his nose, hitting the dog with sticks, eating the boogers he just picked from his nose, lying about swiping pennies from my purse or demanding we watch Spongebob. He smells like cheese and sweat. ”

12% reported an inability to get along with others in the household- “We also have a six-year-old girl, who sings sweetly and always brushes her teeth when asked, and well, she was here first.” (Please note, multiple survey-takers reported several of the previous categories as reasons to relinquish their three-year-old boy.)

Dr. Rooky, of Colorado State University, in Fort Collins, Colorado, explains further. “All of these reasons reflect a general trend of a break in the human-three-year-old-boy bond. Efforts should be focused on preserving that bond, especially past those difficult preschool, elementary, teenage and adulthood years that all boys go through.”

For her part, Anita Johnson of Larimer County Humane Society has implemented a new plan to increase adoptions. “To maximize cuteness, by far a three-year-old boy’s best trait, each is dressed in plaid shirts, sweater vests and khaki shorts. Every hour, or before a prospective family comes to meet them, all the boys are wiped down thoroughly with disinfectant, and their diets are all raw and organic and include no red juice or chocolate. Finally, they only watch educational, diversifying programs like Dora the Explorer and Ni Hao Kai-Lan.” 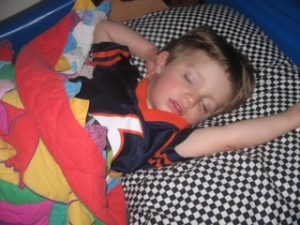 Though the situation looks dire for the three-year-old boys in Northern Colorado and in the country in general, there is hope. When asked to provide a final word on the subject, from the point of view of someone very familiar with three-year-old boys, this is what Ms. Johnson had to say, “All the butt-wiping and bite wounds are worth it when one of them falls asleep on your lap. That’s when they are the best…when they are sleeping. Owning a three-year-old boy can be very challenging but very rewarding. Please, do your research before taking one home, and remember, a home is forever.”