This is gonna be a long one. I apologize. Skip to the end, if you want, it won’t hurt my feelings!

My last update on Cameron was posted in September. Technically, that was only three months ago, but in Cameron days, it was forever. I’ll try to keep it short(ish) and get you all caught up! 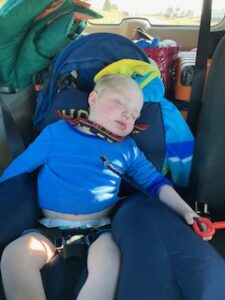 We took Cameron to Mayo Clinic in October for a second (third?) opinion. We drove the wheelchair van all the way to Minnesota, which saved a lot of cash, but turned out to be…challenging. Cam started going downhill just about right when we strapped him in the van, and was a snotty, crying, pale disaster by Omaha. Pneumonia, again. We weren’t sure if we should turn around or not, because the Mayo doctors would cancel the diagnostics if he was sick, right?

Wrong! Mayo wasn’t scared of this kid at all! They jumped right in and we got a lot done that week. A swallow study, both by camera and fluoroscopy; a triple scope, which included a rigid and flexible bronchoscopy (into his airway) and an endoscopy (into his GI tract); a pH probe in his esophagus, to see if he was refluxing acid from his stomach; multiple samples for biopsy and culture from his lungs, larger airways, sinuses and esophagus; and of course, all the blood and urine tests, and CT’s and x-rays they could think of to do. Cam had to spend one night in the Mayo 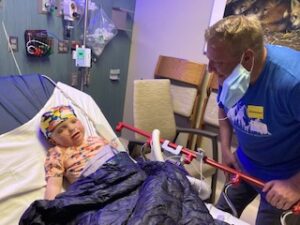 Clinic PICU (Ooohh!! FANCY!!!) but was out in time to finish his last appointments with endocrinology, hematology, special care clinic, nutrition, and occupational/feeding therapy. We had to walk fast, and haul the oxygen along behind us, but we made every appointment except neurology, which wasn’t our fault, darn it (we were still in PICU). Cam got a quick platelet transfusion on Friday, and we hit the road back home to Colorado Saturday morning.

(By the way, Mayo Clinic was amazing. They were organized, attentive, thorough, and came with lots of ideas. Also, Rochester was awesome, with these crazy tunnels under the hotels and hospital, like a secret shopping mall town. And the Ronald McDonald House was so cool. The rooms were like hotel rooms, with a bedroom and bathroom, then fully equipped community kitchens. Activities for the kids, a gym, an outdoor playground, little gifts from kind people in the community, and free food. The entire experience: highly recommended!) 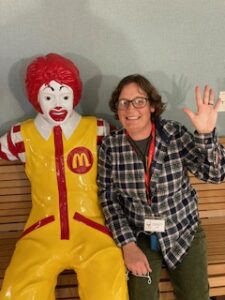 The drive home was a little better. Poor kid had diarrhea, so every two hours we stopped to change a diaper AND his pants, which was super awkward in the back of the van in gas station parking lots. I usually got a Gatorade and a Gardetto’s, which helped parental morale. We eventually made it home in one piece. 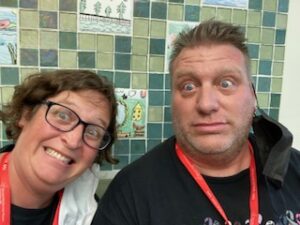 We learned a lot from Mayo. Cam is capable of swallowing, but just doesn’t coordinate it well, and requires a lot of stimuli to trigger it. His esophagus was inflamed, but he was not refluxing. His sinuses were trashed, inflamed, scarred down and most certainly painful, and his airways in general were swollen and full of secretions. A fungus and bacteria were cultured from his nasal sinuses and his lower airways. The Mayo doctors put him on an antibiotic, an antifungal, something to decrease his oral secretions, something to decrease the acid in his stomach, and reduced the inhaled steroids he was getting. His wonderful doctor back home also put him on gabapentin to help him sleep, and temporarily took him off his high-powered sleep machine to allow his sinuses to rest.

Whew! It was a lot! And things were looking up! We were thankful for the progress and the hope, but it would be short-lived. 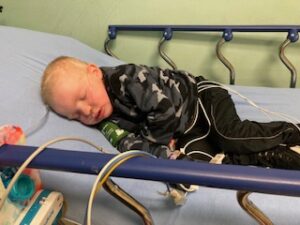 Cameron had a few other adventures in mind for the following six weeks. Cardiology looked at his heart and declared it normal (yay!), he just has a low heart rate (boo!) and no need for pacemaker (yay!). The dentist reassured me that Cam’s super weird teeth would be okay, he just needed to lose his baby teeth and we needed to be patient. His platelets have enjoyed tanking down into the 20,000 range (normal is 150,000 to 500,000, for perspective) about every ten days, so that he bruises and bleeds, and if he bumps his head, he gets a subdural hemorrhage (brain bleed!) and a visit to the emergency room, followed quickly by a platelet transfusion, and sometimes a red blood cell transfusion. He gets to wear a helmet now, when he’s playing on the floor or having therapy (I found him a super cute soft rugby helmet on Amazon.) His sodium was weirdly uncontrolled for a couple weeks and his glucose has been really low in the mornings, which no one can explain. 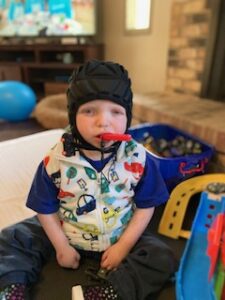 In mid-November, he had a very scary episode in which he lost consciousness, stopped breathing and turned a lovely shade of blue. I pulled him out of bed, put him on the floor and felt for a pulse. I couldn’t find it, but my hands were shaking, and his cute little neck is so fat, so I don’t really know if his heart actually stopped. He started breathing again, but it was very shallow, and he was not responding to us. We put on his oxygen and his ventilator and took him to the hospital. In the ED, they did all the imaging and blood work they needed to rule out another intracranial bleed or another stroke, which were my first thoughts. Kris was convinced it was an apneic episode (meaning he stopped breathing in his sleep), but in hindsight I suspect it was complicated by hyponatremia (his sodium was super low that day). Oh, and he had pneumonia again. I guess we’ll never know what that episode was. But he hasn’t done it since, for which I am grateful.

I apologize for this excess of information. It doesn’t even seem real, to think a seven-year-old could go through all that in just a couple months. And dudes, I’m tired! I’m over-sharing with you so that you may have an idea of why we decided big changes were coming.

That moment – when I saw my son a zombie shade of purple, and I picked him up and he did not wake up – that shook something lose in me. I thought he was dead. For about ten seconds, I thought it was all over. All the love, hope, and hard work we’ve poured into this kid, just…gone. When he came back to me, and started breathing again, I was so thankful. I would literally do anything to avoid that again. I know Kris feels the same.

Oh, I know, I know, I can’t control life and death. No one can. But if there is anything on God’s green Earth that Kris and I can do to help him, we’re gonna do it. I just wish it was easier to know what that was. 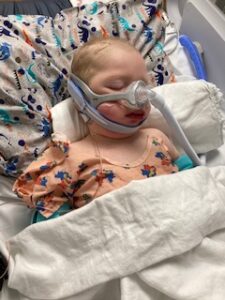 We’ve been caring for Cameron, and all his complications, for years, but only recently have we really started to feel like he might not get better. Optimism has always been a big part of our relationship with Cam, but the last few weeks have really driven home the concept that we may not get to have a happy ending. That sometimes it doesn’t matter how hard you try, or how much you love someone, you may lose them. If you know Kris and me well, it won’t surprise you to hear that we are stubborn humans, with a tendency to try and force the universe to bend to our will. Well, it might not work this time.

Oh, don’t get me wrong, we’re NOT giving up. In fact, we are doubling down.

At our home in Colorado, it is VERY dry, and our elevation is about 6,000 feet, neither of which is helping Cam’s conditions. So, we are packing up the whole show and moving it to the coast! Many months of research, looking for an affordable, safe, and pleasant location, with moderate weather, clean beaches, and good medical resources, led us to Virginia Beach. Yes, we are crazy, leaving our amazing family and friends, and a job I love, but I believe history favors the bold.

Best case scenario, the change in scenery changes the trajectory of his recovery, and he lives a long life at the beach.

Worst case scenario, Cam spends some time in a beautiful place, smiling at the sun and ocean breeze, and he leaves us knowing we tried everything.

Cam’s been teaching us things like gratitude, optimism, patience, and kindness, but I’d like to add a new one: NO REGRETS!

Full steam ahead, folks! Come find us at the beach, we’ll have a guest room waiting! 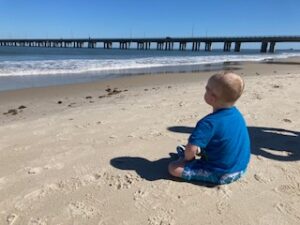 12 thoughts on “Update: Changes are Coming”