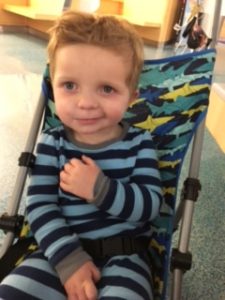 I need your help with a brain buster.

I got into the middle of a very interesting conversation with my meningioma Facebook group recently. Because meningiomas (tumors  of the lining of the brain) are ALMOST always considered benign, one of them asked if they could be considered a “Cancer Survivor”  once it was surgically removed.

A “Cancer Survivor” is one who survived cancer. (Duh)

Not so quick, there, smarty pants….maybe it’s not so simple.

Elsewhere on the big ole’ internet, you can find different arguments for the term “survivor”. I want to talk about the term “cancer”. How do you argue about the definition of  cancer, you ask? Well, I had a few minutes, so I’m going to try…

First, the term “cancer” implies that the errant cells are invading local tissues and/or spreading to other organs, that the tumor in question is aggressive or malignant. In other words, you can’t have a benign cancer. Oh, sure, you can have a benign tumor, or benign neoplasia, but as soon as you say “cancer”, it implies a dangerous thing.

This gets confusing super fast because sometimes it’s easy to split hairs. If a “benign” tumor is on an important structure, like a major artery or your optic nerve, is it really benign? Or, conversely, if you have a more aggressive tumor in a location where it is removed completely and early and no further treatment is needed, is it really cancer? Does the person with either one of these scenarios deserve the label “Cancer Survivor” more than the other?

I have one theory. Maybe “Cancer Survivor” is a social term more than a medical one. 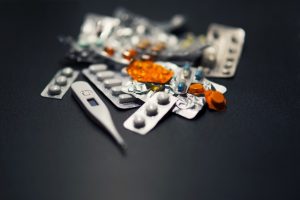 To medical people, neoplasia is more precise. It means “new, abnormal growth”, can be classified as “benign” or “malignant” and it makes you sound real smart when you say it. But say “I’m a ‘Neoplasia Survivor’” to most non-medical people and they’ll ask if you need a tissue. The word “cancer”, on the other hand, brings a different picture to mind; a malevolent, life-altering, invasive disease, an enemy meant to be vanquished. A survivor of that kind of battle deserves a title, anyone can agree.

Now, you may ask yourself, does it really matter who can call him or herself a “Cancer Survivor”? Of course it does, silly. Maybe it’s dumb, but we, as humans, need labels. How else would we know what shirt to buy or what to name our website? Besides, if you are a “Cancer Survivor”, suddenly you’ve got street cred.

Meanwhile, back in my Facebook group, the comments were split. The term “Cancer Survivor” was more often placed on people who went through more treatments- more surgeries, chemotherapy or radiation. The more trouble they had killing their respective tumors, the more they were “Cancer Survivors”. Those who were clear after a single brain surgery (still quite a feat, I mean- dang! there was a person digging around in your brain!) were more apt to call themselves  a “tumor survivor”. This despite the fact that they all technically had the same tumor type. Hmmm, interesting…

I’m aware that I will probably make some people angry, bringing this up, but I’m not trying to be offensive. For the record, I don’t think it’s a contest. I don’t know how a person decides if she “went through” enough to be a “Cancer Survivor” so I suppose no one has a right to judge and everyone has a right to label herself or not label herself if she wants to. Or get a tattoo and run a marathon, especially if the proceeds go to fighting cancer. That’s what really matters. 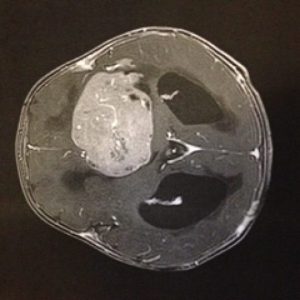 By the way, in case you were wondering, I do consider my son Cameron a “Cancer Survivor”. His tumor is atypical. It was growing very fast and invading the tissue around it, but it was not metastasizing. He went through five brain surgeries, three rounds of chemo and thirty-four rounds of radiation, so by anyone’s standards, he’s a “Cancer Survivor”. His tumor, without sporting the descriptor of “malignant”, tried its very hardest to destroy his brain and my family, and Cam survived it.

So, I ask you…what is a “Cancer Survivor”? Is it just those who had malignant or aggressive tumors? Do the people who survived “benign” tumors, either with or without major treatments, get to call themselves “Cancer Survivors”? Where do we draw the line?

I don’t have the answers. Send me your thoughts and comments, but BE NICE!

3 thoughts on “What’s a Cancer Survivor?”